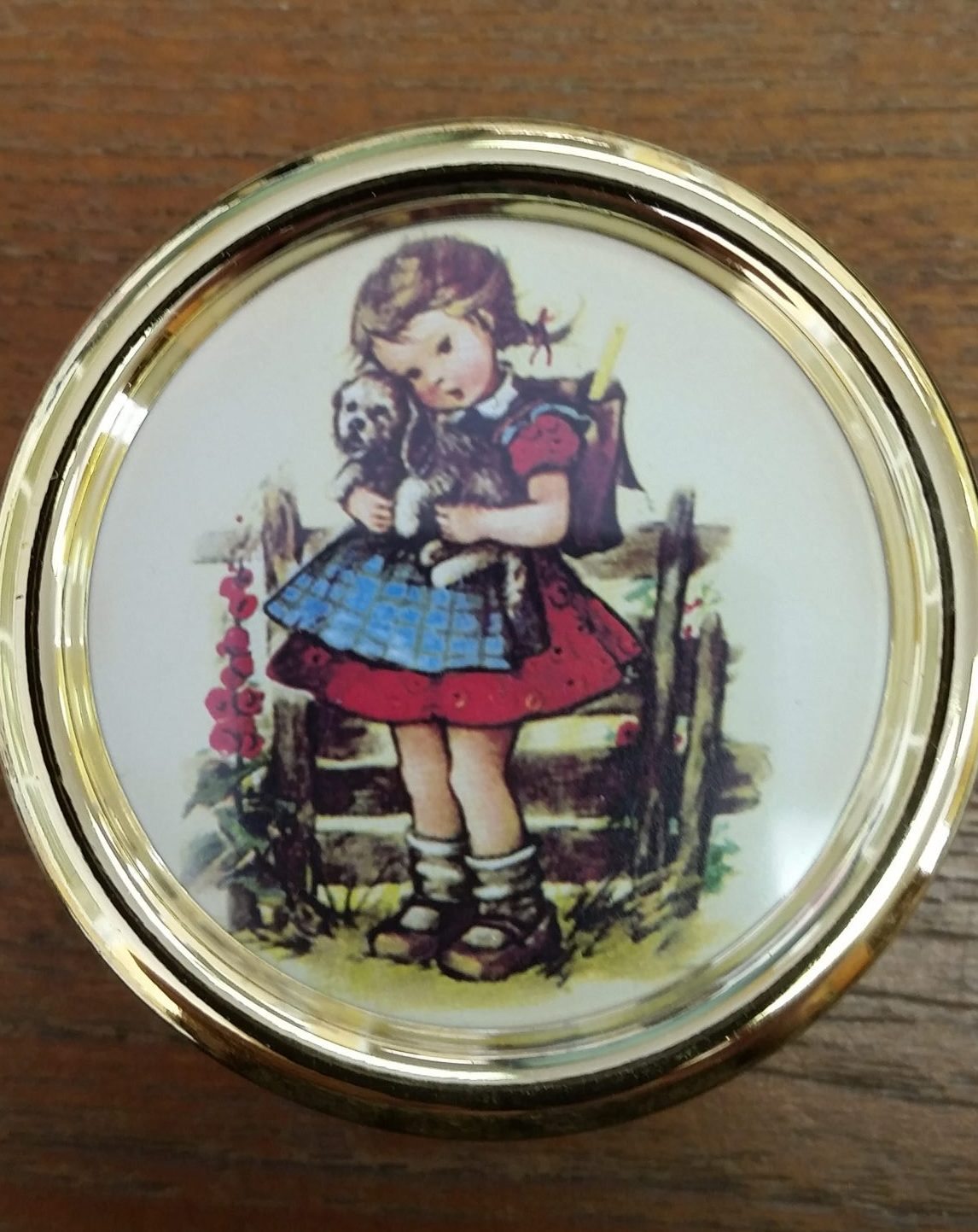 There’s been a storm brewing in our country. We all feel it, don’t we?

month. Beau and I celebrated his retirement on an ocean voyage, then a European river cruise. We had four peaceful days at sea on a beautiful ship, followed by seven days floating down the romantic Rhine River. We finished with 2 nights at a fabulous hotel in Amsterdam.

Both vessels published a little paper with headlines from around the globe. That was just enough “news” for both of us.

On the river, I purchased a little music box that was made in Germany. The tune it plays is one I remember fondly. My Grandma Peggy loved it, too. We heard it sung in many languages each time we floated through the It’s a Small World ride at Disneyland.

While roaming the canals of Amsterdam, we noticed a poster tacked to pillars and poles. It was one face; the left 1/2 was our Republican candidate and the right side was our Democratic candidate. It had the words “Presidential Night”, but I couldn’t understand anything else. It was in Dutch!

Beau and I managed to avoid any discussion of politics until our final evening in Holland.

We were finishing our meal at a local cafe. Three British women sat down at the table beside us. They had been wandering Amsterdam for hours in search of their hotel. With suitcases in tow, they popped in for a pint of beer and to regroup.

As fate would have it, we were staying right across the street from their property. We had walked passed it dozens of times so we could give easily give them directions.

Our new acquaintances asked where we were from….then they freely shared their view of our political dilemma. They were a jovial trio and had some humorous comments.

“There is just one moon and one golden sun

And a smile means friendship to everyone

Though the mountains be wide and the oceans are wide

Its a small world after all”

I love to experience different cultures, textures and flavors, but the most vivid memories I bring home from my travels are always of people.…

On the ride to the airport the last morning, I finally asked our driver what the poster with “Presidential Night” said. He told us that it was simply advertising which stations would be broadcasting the “race”. I asked if he’d be watching. Without hesitation, he said “Of course.”

On the return flight from Amsterdam to Washington D.C., I watched a movie called The Butler.  It was a timely reminder of how far we have come as a nation and how much we have to be grateful for.

I will vote tomorrow…. with honor and gratitude….because I am blessed to have the freedom to do so.

So let’s show up tomorrow America….with dignity and GRACE. The world is watching us.

I’m Kellie Bishop and my heart approves this message!

Your Ambassador of H.O.P.E,

“I keep my ideals, because in spite of everything I still believe that people are really good at heart. How wonderful it is that nobody need wait a single moment before starting to improve the world. Whoever is happy will make others happy too.”