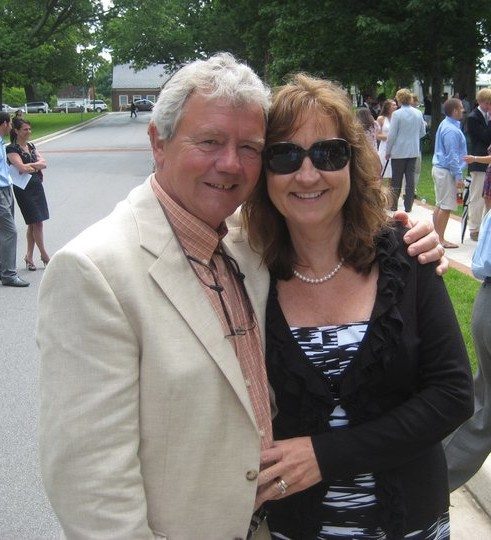 Last weekend, the television was on in our family room. My husband was watching a cooking show. From the kitchen, I heard the host say, “I think grilling has made me a better man.”

Let me back up. My husband, Beau, retired a few weeks ago. He’s been talking about retiring for a few years, but he always changed his mind as the target date grew near. I guess he needed to mentally prepare himself. I think he was a little afraid.

You see, Beau’s been a union man; working for the same company for more than 46 years. Off and on, he was the Shop Steward. There were rules, so many rules. Everyone had to follow the rules, enforce the rules, obey the rules, negotiate new rules. The only thing Beau knew for sure was that he was tired; tired of being told what to do every day. He loved the work, but he… was… done. He’d had enough.

Beau trusted he would know what to do when the day finally arrived.

The only thing he decided in advance was that he wanted to buy himself a smoker~you know, one of those slow cooking grills. That’s why he was watching the cooking show. He’s was looking for tips and recipes to try out on his new purchase.

Back to the show’s host. He said, “I think grilling has made me a better man.” He explained that when you are waiting for something to cook for hours on end, you have a lot of time to it and think. That’s what he believes coaches and gurus around the world are teaching; meditation ….the art of sitting for long stretches of time, thinking.

Hmmm. He had a point…kind of!

If I had asked Beau to consider meditation, he would have laughed, but he kind of liked the idea that he might be becoming a “better man” by grilling!

“Retirement is not just the rest of your story; it can be the best of your story……It should be the time when you stop worrying about the have-tos of life and start waking up every day focusing on the want-tos”. ~ Chris Hogan from Retired Inspired

Beau is figuring out his “want-tos”, allowing himself to be guided each new day.

I was so delighted to hear him say, “You know, Kel, I like being retired.”

The fear is gone. Life is on. You go, Beau, you slow-cooking Zen master!

Oh, another funny quote from the cooking guy….”If you’re looking, it ain’t cooking.” He was cautioning his audience not to open the door which allows the heat to escape. I interpret that as “Patience, grasshopper, patience.” More great advice.

Have a wonderful weekend!
Kellie